The settlement phase is the final phase of the full scheduling and balancing process. It implements a procedure to calculate the imbalance between what is contracted to, contracted from, what is scheduled for production and consumption and what is really consumed / produced by a balance responsible party. It also calculates the imbalance based on unbalanced daily schedules. The final product of this phase is a report containing data on which the invoicing for balancing mechanism and settlement process is based.

Every step in this process is done per BRP and RP. 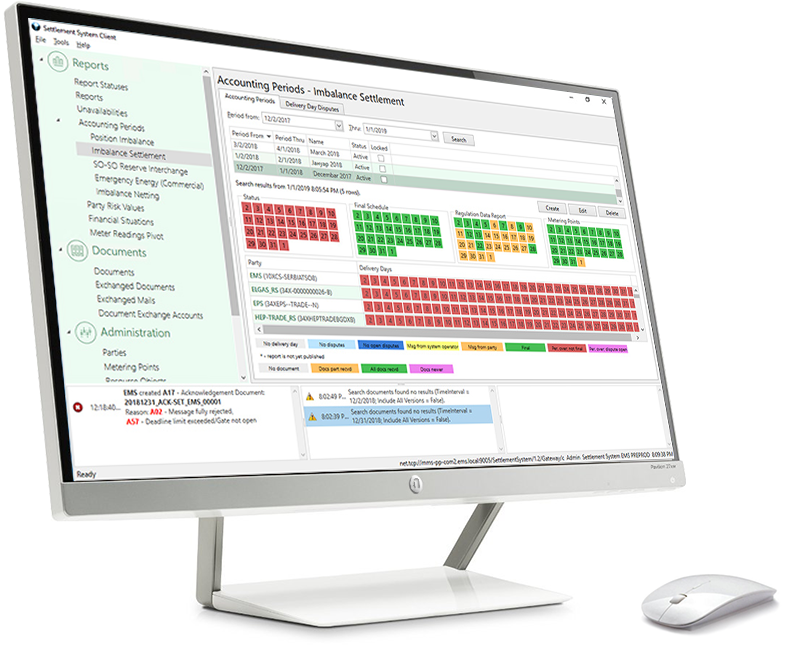 The process is executed in three steps:

Implementation of the settlement process is based on The ENTSO-E Settlement Process (ESP) version 1.2.